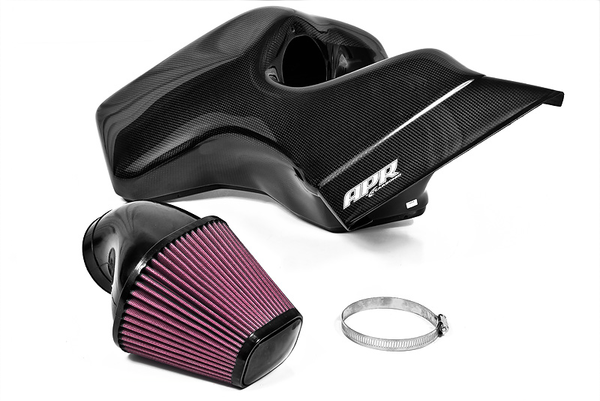 This intake is an incredibly popular aftermarket upgrade, and for good reason.  If performance is what you are after, expect both increases in horsepower and torque.  Additionally, you get improved throttle response and fuel economy.  What’s not to love?

APR's latest carbon fiber intake for the 2.0/1.8 TFSI engine is a ram air design that completely separates the intake filter from the engine bay. Building from years of experience on and off the race track, APR's engineering teams have spent countless hours developing a true cold air and ram air carbon fiber design that can be recreated affordably for the street performance enthusiast.

Aftermarket performance companies have attempted to capitalize on these designs however the cost restraints have typically resulted in compromise and deviation from the true engineering principles associated with motorsport accomplishment. Don't be fooled by catch phrases and tag lines alluding to a new intake technology or special design characteristic. You won't see any of these gimmicks installed on race cars at the Nurburgring.

APR has gone even further to maintain all OEM specifications necessary to integrate cohesively with an otherwise stock engine to avoid raising eyebrows at the dealership. Flexibility was another characteristic of APR's design whereas the new TFSI intake is also suitable for Stage 1 and Stage 2 modified engines all the way up to and beyond APR's K04 Turbocharger System. 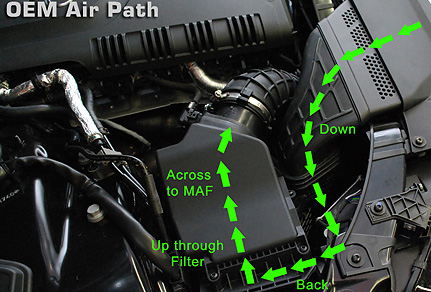 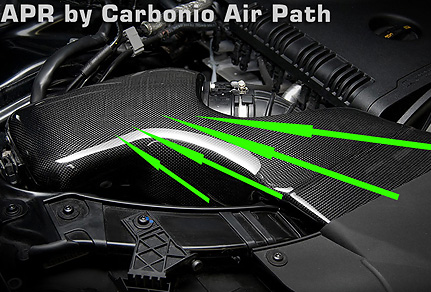 Install guide can be downloaded here.

No reviews have been written for this product.
Write a Review