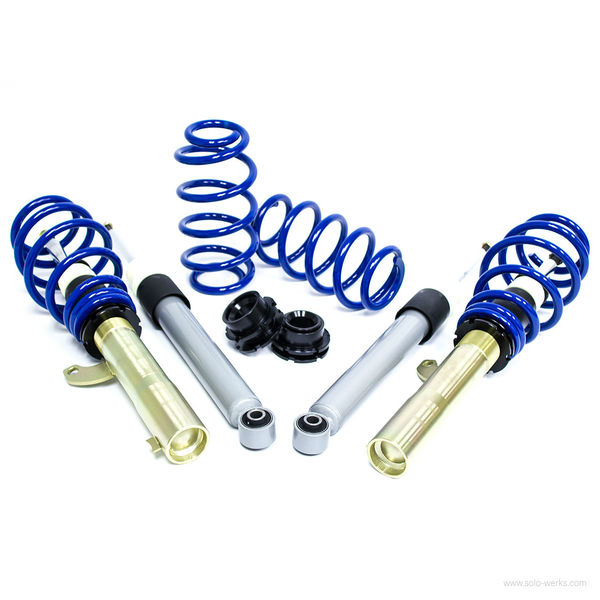 Looking for Solo Werks S1 Coilovers?  This is a great product and very popular within the aftermarket VAG community for your MK5 & MK6 Golf, GTI & Jetta FWD as well as the 8P A3 and MK2 TT.  This product is very high quality coming with a 3-year limited warranty.  This system has heavy gold galvanized housings for superb corrosion resistance.  This premium entry-level system has silver spring perches double lock ring design.

This kit can come with blue or black springs 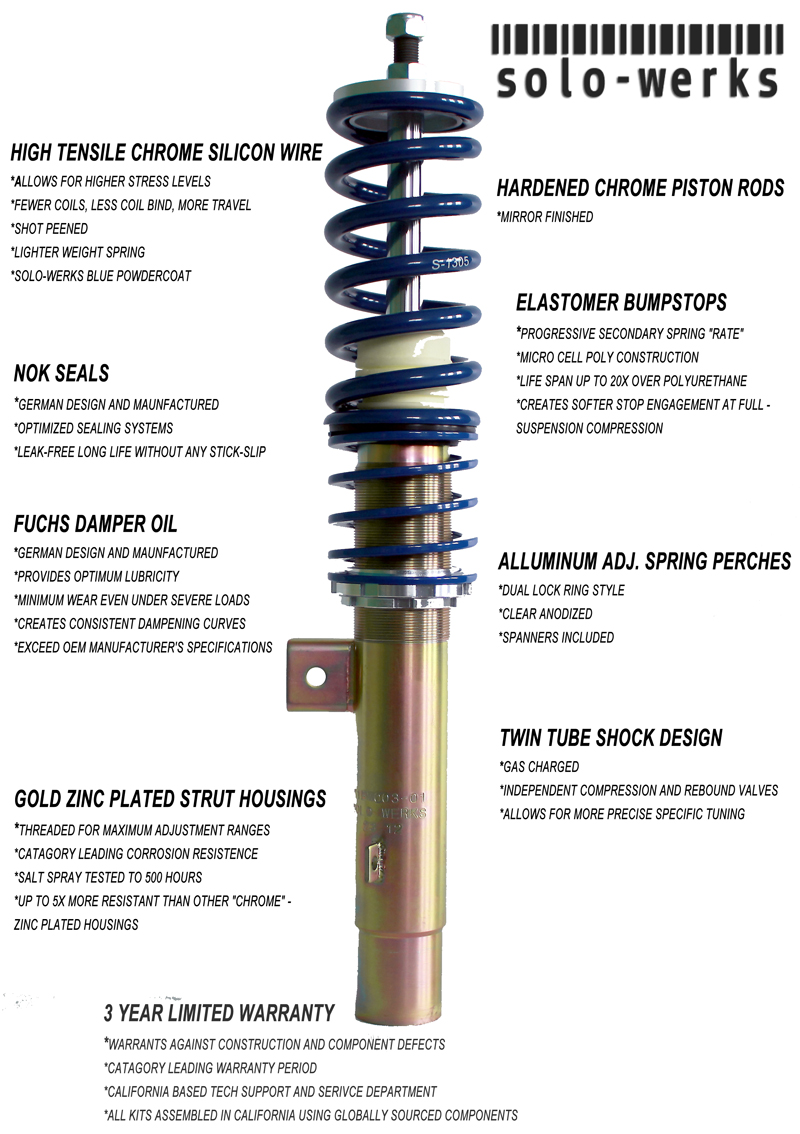